Resources for translators and linguists 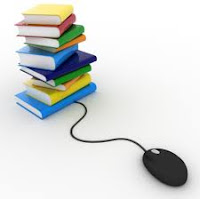 The UNESCO Thesaurus is a controlled vocabulary developed by the United Nations Educational, Scientific and Cultural Organisation which includes subject terms for the following areas of knowledge: education, science, culture, social and human sciences, information and communication, and politics, law and economics. It also includes the names of countries and groupings of countries: political, economic, geographic, ethnic and religious, and linguistic groupings.

The UNESCO Thesaurus database can be browsed via this website in two ways:

The Larousse dictionaries (English<>Spanish) are available free of charge and comprise over 100 000 words and phrases, 130 000 translations, 50 000 audio files to aid pronunciation, Proverbs, sayings and idiomatic expressions, 150 cultural and historical notes and also include: conjugation tables for every verb.

Due to the emergence of the Internet and mobile technology, international companies now have a larger potential to expand their business globally and market their

What is transcreation and why does your business need it?

In the world of marketing, advertising and branding, the concept of transcreation has experienced rapid growth during the last few years. Transcreation is extensively used

Context and Meaning in Translation

Language experts are constantly calling on the importance of context in translations. “Without proper context, it is impossible to produce accurate translations” they say. If